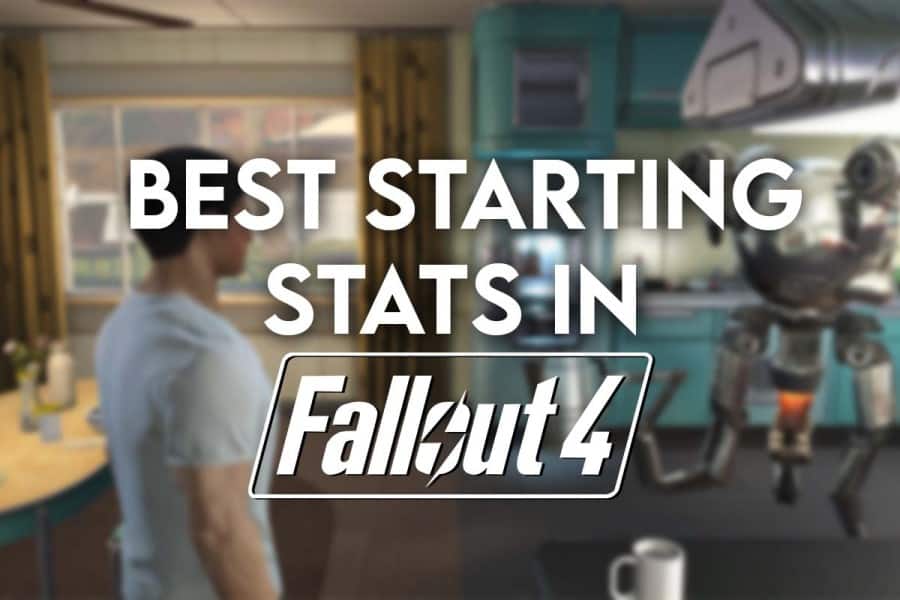 “War…war never changes.” From the moment you hear theses now-famous words from Ron Perlman at the beginning of new Fallout playthrough, you know that you are in for an experience like no other.

You are given 21 stat points to allocate at the beginning, and it is important to use them wisely as you will only gain points from that point on one at a time-either by leveling up or finding in-game bonuses.

Although all of these stats are extremely important to your character and progressing through the game, there are certain stats that you should focus on when first building your character.

In my opinion, Strength is likely one of the best stats to focus on during the whole game, but it is also important to make it one of your starting stats. There are two reasons why Strength is important early on.

The first reason is that it adds to your carry weight. Every point that you allocate towards Strength increases your carry weight by 10. This is capped at 250 altogether. However, you can also use the perks associated with Strength.

The other reason that you should invest in Strength is because it increases your melee damage by 1 for every 2 points allocated to Strength. Both this advantage and carry weight advantage are extremely important early in the game as you will be carrying everything you find, and will often have to rely on melee weapons as ammunition is often scarce.

Although how many points you put towards Strength is ultimately up to you, it is advisable to do at least six points as that will unlock the initial rank of Strong Back.

The other stat to focus on while creating your character is luck. Luck affects two things-your overall good fortune, and the rate at which your critical hits recharge.

Although critical hits are important, they won’t be used too often in the early game. On the other hand, Luck increasing your good fortune is something that is indispensable. It increases your chances of finding more caps and better ammunition in containers as you explore.

Of course, there are perks associated with Luck that build upon those things. Fortune Finder, which require only one Luck, increases the chance of you finding more and more bottle caps as you progress through the ranks of this perk.

Scrounger, which requires two points towards Luck, increases the chance of you finding more and more ammunition as you progress through the ranks of this perk.

The fact that Luck itself increases your chances of finding caps and ammunition is huge-especially early in the game. When you couple it with those perks, the advantage is exponential. Luck is definitely a stat you want to invest on early in the game.

Obviously, there are advantages to all of the stats in this game. All of them are important, and can really allow you to customize your character to play the game the way you want to.

With that being said, if this is your first playthrough, or if you’re looking for a good foundation to building your character, Strength and Luck are two stats that will provide you a great starting point as you explore the post-apocalyptic city of Boston in Fallout 4.

I still vividly remember the first time I went through Super Mario World with my dad on the Super Nintendo. From that point on, I was hooked! From the first Medal of Honor on the Playstation 1, to exploring the Mojave in Fallout: New Vegas, video games are a great way for me to explore new places, strategize and defeat the competition, and have fun.

link to Best Ways to Farm Stone in Valheim

Stone is arguably the most important resource in the game. Not only it allows you to create tools to interact with the game via tools such as hammer, hoe, sharpening stone, ax, etc., but also with...

Souls' fans have always had mixed views on how these games are perceived. Some would say the unique charm of this game is that players are challenged by the game's punishing difficulty. Others claim...

This site is owned and operated by Voyager Media Group LLC. Gamevoyagers.com is a participant in the Amazon Services LLC Associates Program, an affiliate advertising program designed to provide a means for sites to earn advertising fees by advertising and linking to Amazon.com. This site also participates in other affiliate programs and is compensated for referring traffic and business to these companies