Axes in Dark Souls have been some of our favorite weapons since it was the first weapon I specifically chose in my very first playthrough of Dark Souls 3. Not only are they a very fun weapon to use, but it is a weapon that you can play through the whole game. It is fast, deals a ton of damage, and is just a balanced weapon overall.

We have put 8 of the best Axes in Dark Souls 3 on this list and we have put them from worst to best. As we said before, Axes are probably our favorite weapon type in the game since they are really solid weapons throughout multiple playthroughs with a single character. They also have some decent skills that go along with them as well.

Why are Axes a good weapon choice?

One major thing that axes have over other weapon types is the Poise damage. They can break through shields a lot easier than other weapons which makes them great for almost any encounter. It is like having a sharp blunt object. This is great for both regular enemies and bosses, so if you are thinking about using an axe, then don’t hesitate to try one out.

What are the best Axes?

Obviously, the best axes in the game are the ones that have the best skill, deal the most damage, have the best scaling, and have an insanely fast speed. It can also depend on how fun the weapon is to use. It can be a little confusing to determine exactly what everybody should use because everyone plays the game differently.

If you want a weapon that has a very good balance between Dexterity and Strength and also has some insanely good stats, then you might want to test out a couple of these axes. We would recommend trying out the top 4 since they are very close together in attributes, but you can try out any of these that you want to.

Here are the 8 best Axes you can find and use in Dark Souls 3:

Paired beheading axes wielded by the Winged Knights, who swore themselves to the Angels. These axes, more befitting of an executioner than a knight, are indented to fit the human body.

Location: Dropped by the Twinaxe-wielding Winged Knight found in a small tower between the Lothric Castle and the Dragon Barracks bonfires. It is also dropped by one of the Golden-Winged Knights at the top of the Grand Archives.

If you have played the game before, you probably have been killed with this weapon. It is a weapon that the Winged Knights use and it is just as good in your hands as in theirs. It doesn’t have the best scaling, but it has by far one of the coolest skills out of any of the other axes.

It is called chain spin and it spins you in circles just like the Winged Knights do. It deals massive damage, but it does use quite a bit of your FP to keep it going long enough. Plus, you only need to upgrade one weapon to get both axes leveled up. It is overall a great axe.

Skill: Chain Spin – Sweep foes in a large spinning motion and use a strong attack to continue the motion until stamina is exhausted.

Small hand axe used by Lothric slaves. A cunning weapon for a cunning lot, this axe is quick and deadly.

Location: Dropped by Thralls in the Undead Settlement and the Cathedral of the Deep.

This weapon doesn’t have the greatest scaling like the one before this, but it does have a few things that should push you to use it. Keep in mind that it is one of the smallest axes in the game, so if you don’t want to get close to your enemies, this is not a great option.

The reason it is on the list is that it is actually extremely easy to get. You just have to defeat some basic enemies in the Undead Settlement for it. Plus, if you two-hand it, it will cut through almost every shield. It actually has some pretty high Poise damage. It is a great option if you want to use an axe.

Skill: Quickstep – Instantly step behind or around the side of foes. Especially effective when locked on to the target.

Butcher’s knife with an oddly large blade wielded by the madwoman haunting the Road of Sacrifices. Squarely-landed hits restore HP. Back in the Undead Settlement, the woman acquired a taste for human flesh, of which she took glee in partaking.

Location: Dropped by Isabella the Mad in the Road of Sacrifices once you defeat her when she invades you.

This is a weapon that not a lot of people really know about. Not only does it have a pretty decent reach, but it also has some insanely good abilities. Any hit you deal with this weapon will actually give you 2 HP back. If you have the skill activated, every hit will give you 30 HP back.

Keep in mind that this weapon is a pure Strength weapon. There really isn’t any Dexterity scaling with it unless you change up the weapon with Infusions. This weapon does well without any Infusions and it is recommended to take advantage of the skill that it has.

Axe favored by Creighton the Wanderer, infamous deserter of the Knights of Mirrah. Called Dragonslayer’s Axe for the lightning that pulsates within its blade, but Creighton used it to slay men.

Location: Obtained after defeating Creighton the Wanderer in Irithyll of the Boreal Valley. He will invade near a large tombstone outside of the Church of Yorshka.

This is a weapon that first appeared in Dark Souls 2. It does have a high attribute requirement, but it is definitely worth the extra levels to wield it. The skill isn’t anything special, but it still is a great option for an Axe that has some decent stats.

It does best with boosts from either Miracles or Resin because it has some seriously good boosts when it is overlayed with an element. Infusions are great, but you are pretty much stuck with a single element if you were going to go down that route. Overall, it is a great Axe to choose if you want to use one.

Easily-wielded axe crafted for battle and inflicting standard damage. It’s weight can be used to inflict high damage, but must be used carefully as it leaves its wielder open to retaliation.

Location: Starting weapon of the Warrior class. It can also be found by defeating the Mimic in the room underneath where the Dragon sits in the High Wall of Lothric.

This is a weapon that you can get when you first start the game. It is probably one of the best starting weapons in the game since it is such a great option for an Axe if you are looking for one. It is the most basic Axe you can get, but it is one of the best you can use.

Battle axe wielded by Millwood Knights. Its blade is blessed by the symbol of the Ethereal Oak. A hefty axe normally wielded by the mightiest of warriors.

Location: Found in the Painted World of Ariandel. It is at the top of the tower in the Snowfield area past a couple of Millwood Knights. You will need to do some parkour to get it, so try to take your time.

The Warcry skill is very unique because it is different from the other versions. You actually run forward and deal a massive amount of damage by throwing enemies around with the Axe. You also stun enemies around you so they won’t fight back for a few seconds.

A strange weapon found among malformed inhabitants of the Profaned Capital. The Profaned Flame was triggered by the curse of these women, relatives of a certain oracle, but despite their culpability, they went on living without any cares.

Location: Found in the Profaned Capital. Guaranteed drop from the already awoken Monstrosity of Sin found on the lower level of the ruined chapel that lies in the toxic swamp.

This weapon may seem like it doesn’t deserve to be this high on the list, but it has a lot going for it if you look at everything the weapon offers. Not only is it the largest base Axe, but it also has a very unique skill. It is called feast bell and it makes the weapon deal bleed damage.

It also lets you restore a bit of HP with each hit while the skill is active. It also has one of the farthest reaches within this category and makes for a great option for those who don’t want to get too close to deal damage. If you like large Axes, this is a great option.

Skill: Feast Bell – Hold up the axe and wave to emit a solemn chime to temporarily make weapons lacerating, and to restore HP for each hit.

Hatchet of the serpent men guarding Archdragon Peak. Has a unique, broadly curved blade that can sneak past shields.

Not much is known about this weapon, but a lot of people consider it to be the best Axe in the game. From its really good scaling to its damage output, it outweighs all the other Axes in the category. It is fast, has a large attack radius, and also has the Warcry skill.

What makes it a good option is that it is similar to a curved sword, but has the moveset of an Axe. It can destroy shield enemies extremely easily and it also has some of the best range out of any Axe in the game besides the Butcher Knife. It is the best Axe in the game if you are looking for one to use.

Why are Axes a unique weapon?

Axes are extremely unique weapons because they have a very balanced mix of attributes. Not only are they good for both Dexterity and Strength builds, but they have some seriously good Poise damage. It is like having a sword with the attributes of a blunt weapon. They are insanely fun to use and are some of the most underrated weapons in the game.

There are also tons of Infusions you can make with each Axe, so it makes it so that the possibilities are endless when it comes to experimentation. There are soo many builds you can make with the Axes in the game, so we would recommend that you try out a couple to see if you will like them. 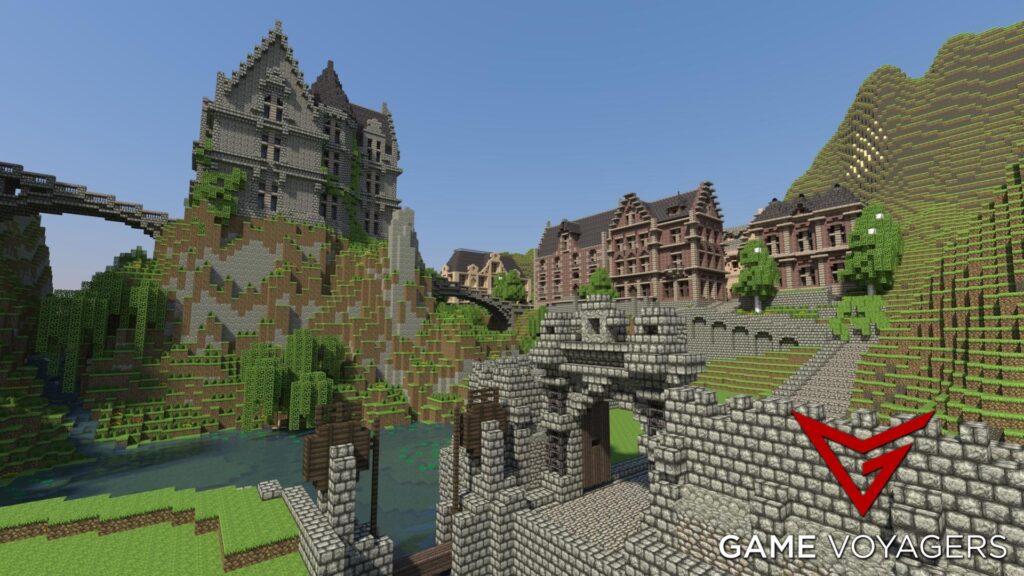 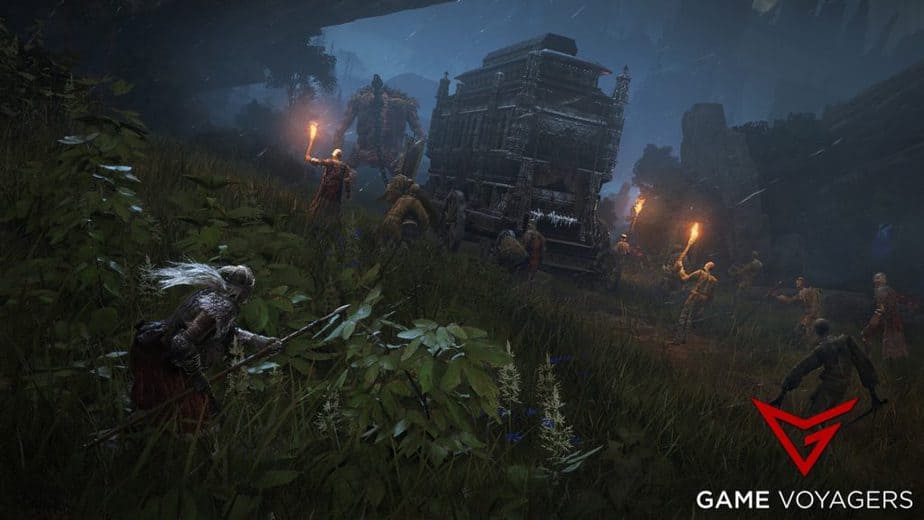 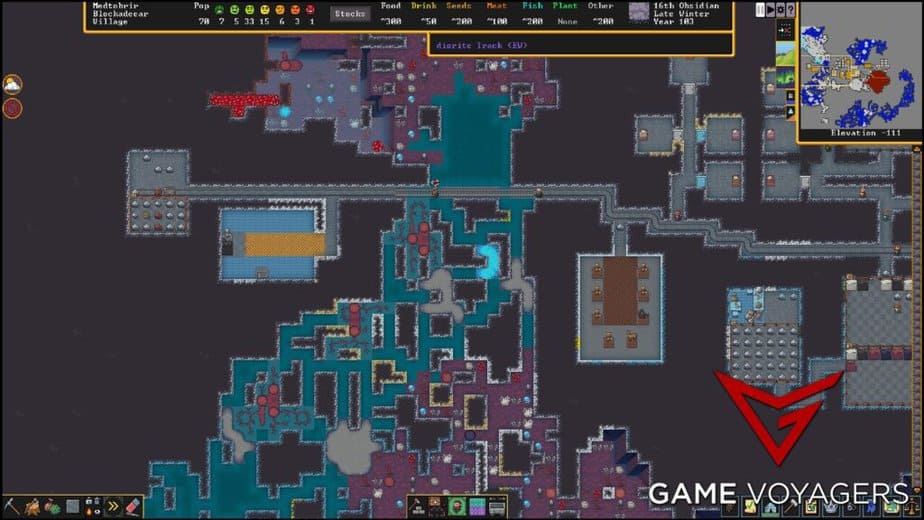 How To Make A Well In Dwarf Fortress 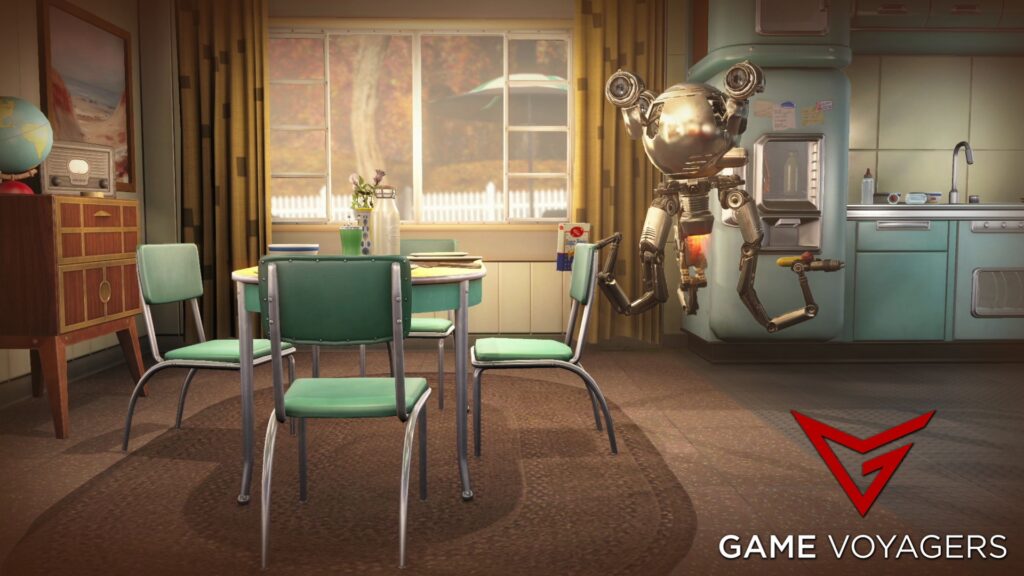 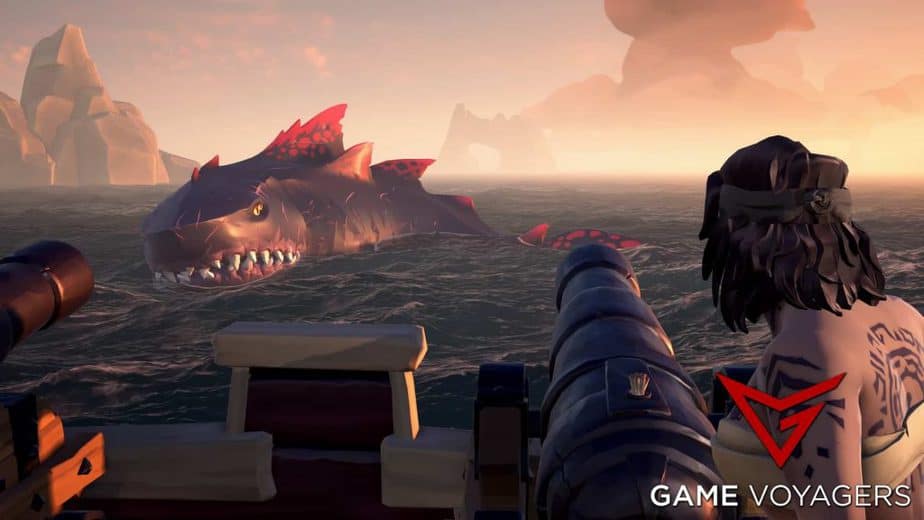 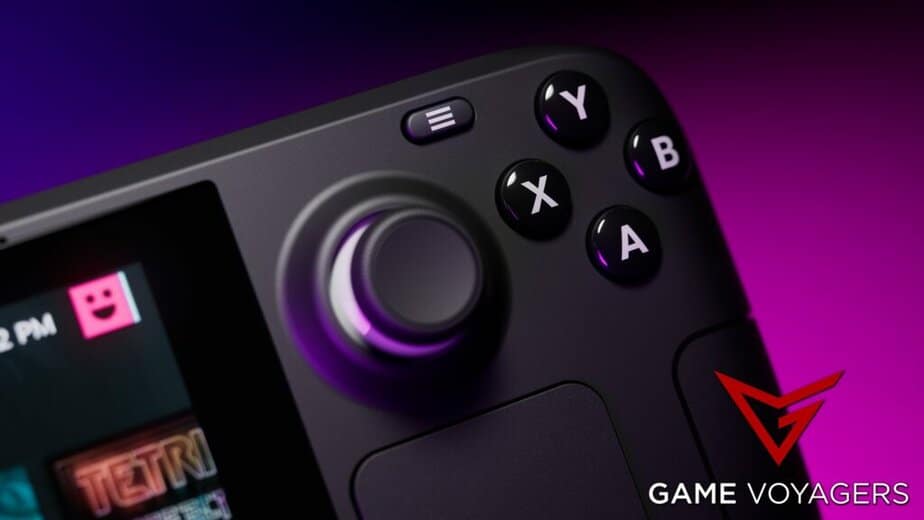 Can You Connect The Steam Deck To A TV?