Graveyard Keeper is just one of those games that are very underrated. From the moment I first started the game, I was just pulled in by the music and the art style. The way the game looks was very much the same as Stardew Valley if you have ever played that before, but the gameplay is much different. From collecting bodies from a talking Donkey to putting a zombie to work in a mine, there is just soo much to do in this game. It is a little slow in the beginning, but once you get passed the tutorial part of the game, everything is up to what you want to do. Here is why Graveyard Keeper is worth your time and money.

Related: If you are interested in buying Graveyard Keeper, then check out this copy I found on Amazon for Nintendo Switch here.

You can upgrade your house

This is the area of the game that you will start out in. You will also be coming back a lot because there is a ton of stuff to do here even after the tutorial. There are 3 areas of the home that you can customize and the first one is inside the house. You can sleep and regain health and energy, store items in a few chests, and even cook food. There is also a basement where you can put a ton of storages and even make alcohol with vine presses.

The outside area of the house is very important because you can put all your necessary workbenches and storage outside so you can craft items for everything else the game has to offer. It does not seem like it, but the world is actually pretty big and it is easy to get lost, so when you first start out, make sure you stay in the small area before exploring.

You can upgrade your graveyard

The Graveyard is your main workspace and definitely the area where you will be spending most of your time. From here you can clean it up and place graves down for you to bury bodies and it is how you progress through the story. As you get more points, you unlock better gravestones and fences and you can have a better graveyard rating depending on the body and decor you have equipped at the time. There is soo much to unlock for it so you will be playing for a long time.

It is not just the graves that give you a better rating, it is also the decorations you have around the graves. You can get statues, lanterns, flower beds, and even lawns. Everything you get can help increase your maximum rating so make sure you take advantage of everything you can. When you first get to the graveyard, make sure you clear out as much as you can because it gives you a negative rating the less clean it is.

You can upgrade your church

The church can be found in the graveyard, but access to it is blocked off until you become a preacher. The church starts with a base 3 rating and in the beginning, the casual prayer you are given for free will be the only one you can perform reliably. Holding sermons in the church once each church day is the main method of collecting Faith, a necessary resource for study, crafting, and zombies, as well as a source of money.

Every week on you’ll be able to perform a sermon in the church. The number of parishioners attending this sermon and the amount of Faith they provide you with is largely dependent on your church rating, the type of sermon you perform and the quality of it. Each 5  provides 1 Faith, each modulus after that provides a 20% chance to gain one additional faith. The amount of money you collect in the donation box is determined by the graveyard rating with a bonus from, and also by the type and quality of the sermon performed.

There are 6 days of the week in the game and on each specific day, an NPC for that specified day will visit the town. There is Episcop, Ms. Charm, Merchant, Snake, Inquisitor, and Astrologer. Those are the main six NPCs and they each have a specified quest that goes along with them.

It is a little difficult to understand at first, but once you get in the groove of the game, you will not have any problems with finishing each quest. There are also smaller NPC quests that you can complete and a lot of them are just fetching items for them. From collecting a stamp to sell meat, to buying ink and having a writer work for you, it is actually pretty fun. If you like games where you want to spend hours in, then this is a game for you.

Create zombies to work for you

Zombies are your tireless allies who work day and night to bring you new resources. They are key to playing the game effectively, allowing you to spend more time working on important things, spending less energy. They are not easy to get, but once you have all of them that you need, the game becomes a piece of cake afterward. There is no limit to the number of zombies you can resurrect. Each new zombie requires 1 zombie juice, a body at the morgue and 10 units of faith.

The crafting system in this game is actually massive. There are soo many places to upgrade and build different things and it was kind of overwhelming the first time I found everything. I did not know exactly where to start but once you play for a little while, you start to understand how everything works.

There is just soo much to unlock and build that the game always has something for the player to do. Sometimes I found myself just waiting out a day because I needed to see another NPC to finish a quest, but most of the time I was doing something. If you like a game that just gives you a relaxing time and you can just sit back and enjoy yourself, then this game is for you.

A big world to explore

There are 31 different areas that you can go to and explore and sometimes you need to build something before you can enter one. The DLC adds a bunch of new areas to the game so if you want to get the DLC to, then go right ahead.

There is no other way to put how much fun this game is because there is just soo much content for you to do that it blows my mind. When you first start, you are just thinking to yourself, oh this is simple. Later on, you will realize that it is not that simple and there is soo much to do. The world is really well done and the content is not boring or dry in any fashion. If you like Stardew Valley, then you might like this game.

The point system for blueprints

Technology is unlocked by three types of technology points. These points are obtained by different actions, as well as items and study of items. Essential to progress is the study table in the church basement and the science and faith points that are used to study items. Eating cake gives the player a temporary buff that boosts the number of points earned from studying items. Anything involving physical labor generates red points. Anything involving organic materials generates green points.

Blue tech points are often among the hardest to earn in the early game. Tasks involving the morgue, graveyard, writing, and alchemy often generate them but many of these aren’t options until later. The best early source of them is the study table. Organs are studied to gain as well as gravestones, fences and some alchemical substances. The blueprints are unlocked with points and you are able to craft the items in the blueprint.

In conclusion, if you are looking for a game that is simple, yet very advanced, then this is the game for you. It is a pixel game so keep that in mind, but it is totally worth your time if you can get it, especially if you can get it for a cheaper price. You can also get the game on Nintendo Switch if you are a fan of playing it on there. It is definitely worth looking into at least because there is just soo much to do. 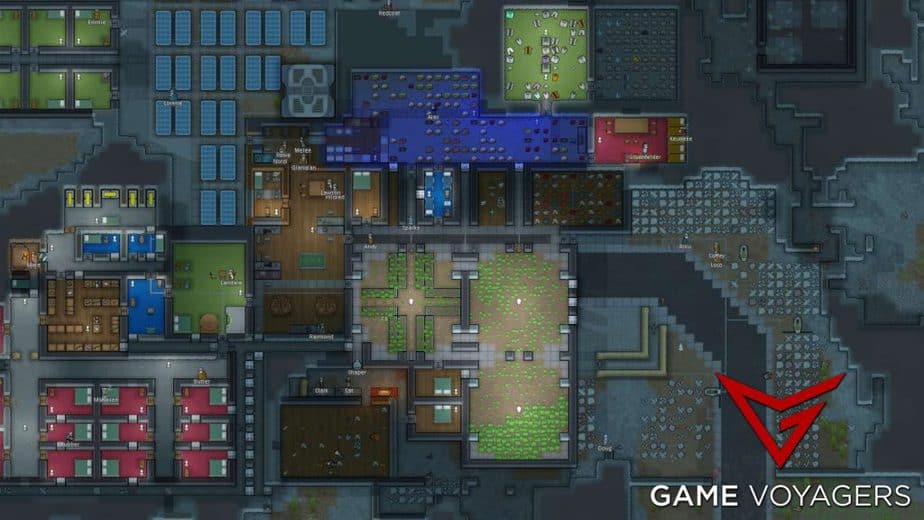 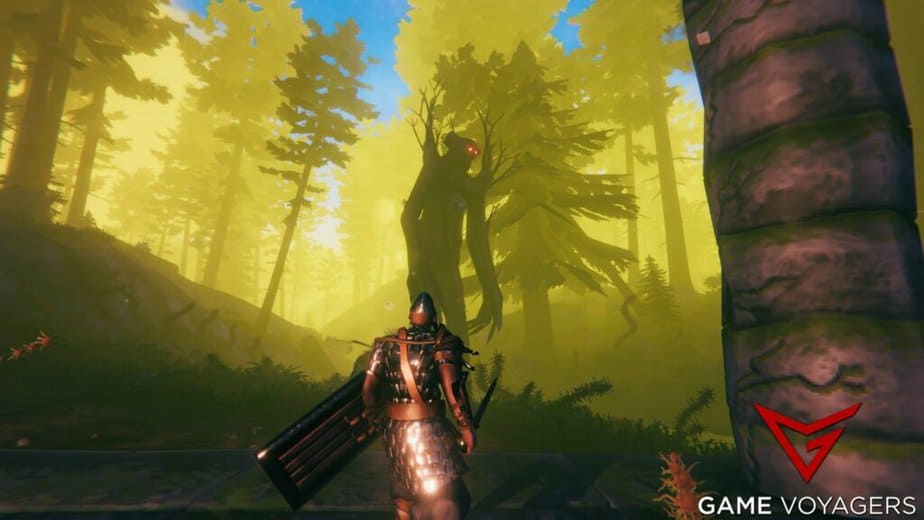 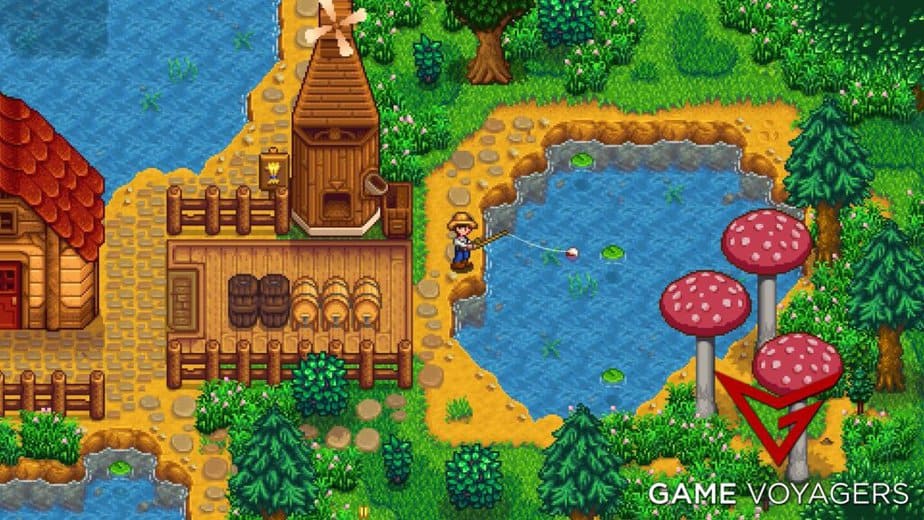 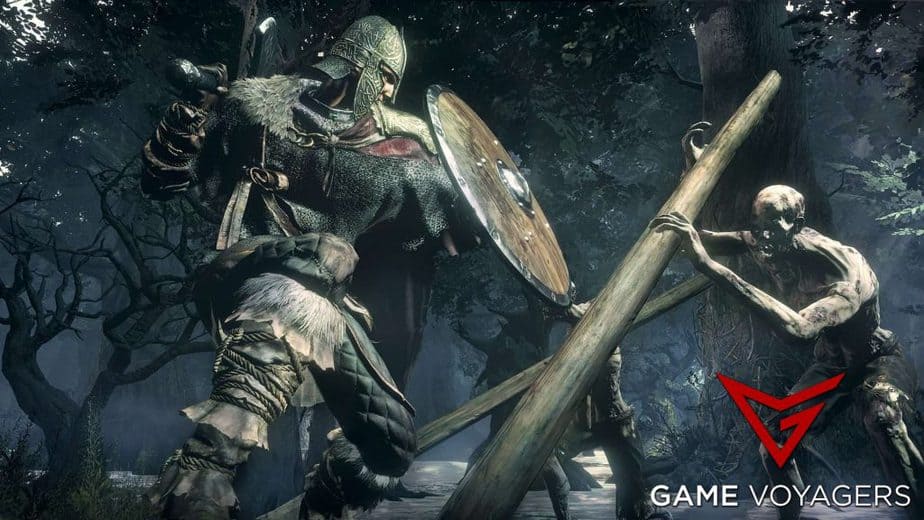 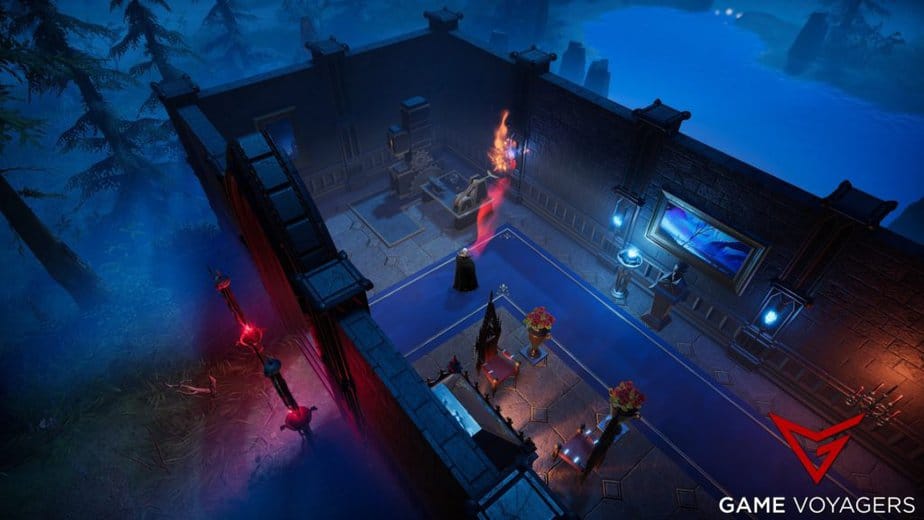